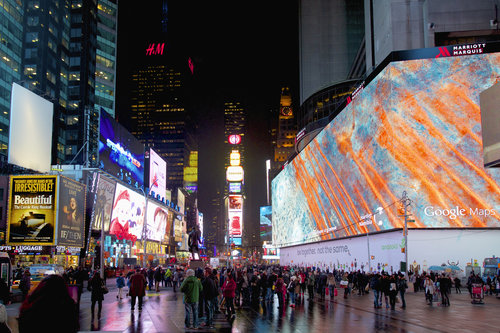 H3 worked with Vornado Realty Trust to reinvent the retail, lobby, and exterior spaces of the Marriott Marquis Hotel and Theater. This complicated 125,000SF mixed-use renovation project merges retail development, theater renovation, hotel operation, giant LED signage, and difficult structural changes all under the direction of three clients: Vornado Realty Trust (developer) by agreement with The Nederlander Organization (theater owner), the 45 story, 2,000 room Marriott Marquis Hotel (hotel operator). Led by Vornado, their shared vision has transformed the hotel’s four lower floors, as well as two cellar levels, into some of the most valuable retail space in the city. Positioned above this is a 330’x78′ LED sign totaling more than 25,000sf. To view the ball drop at New Years Eve from the 8th floor, two new terraces were added as an extension of the hotel restaurant.

The project is located on the lower east facade of the Marriott, in the middle of the Times Square “Bowtie”. It now defines the center of Times Square, changing the focus of this legendary public space from The Times Tower to this new electronic place. The new sign is so big and so simple; it transcends the usual commercial advertisement, to become a floating facade that creates a new landscape. This is seen amid the jumble of competing messages characteristic of this world famous place. By making these changes to the building, the 1,590 seat Marquis Theatre, buried deep inside the giant hotel, also gets a much needed street presence with a new lobby on 46th street. Completely new back of house space was also provided. Emphasizing the need for technology, H3 designed the entire project in 3D Revit, without this technology the project’s complexity would have defied timely completion. 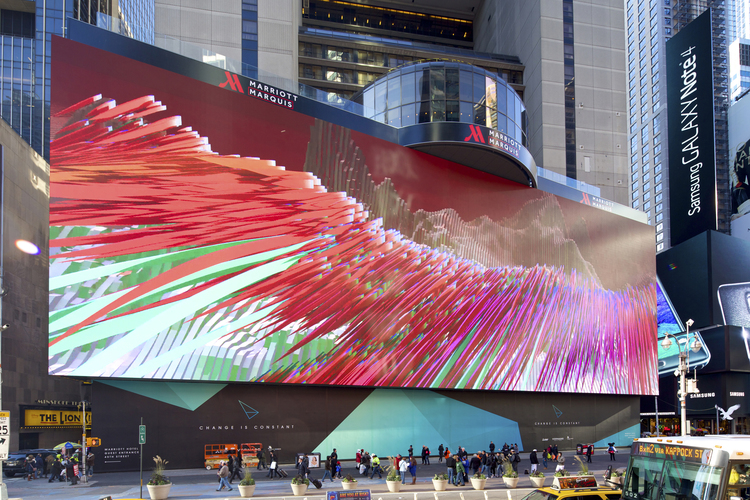 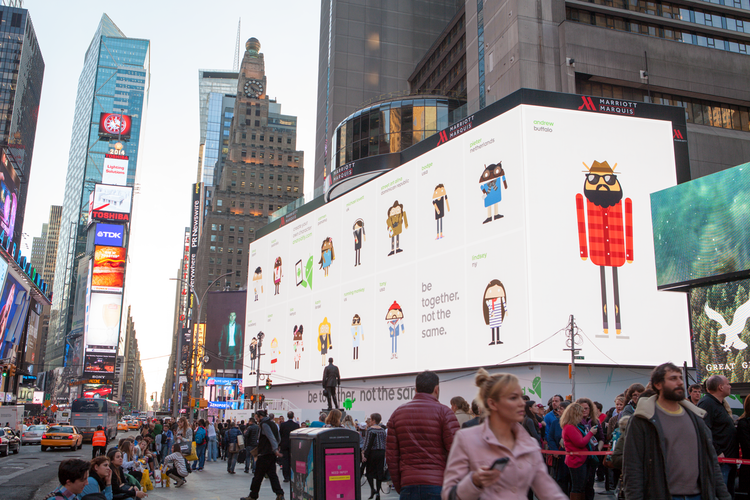